Although they sound similar, moles and voles are completely different animals. Here’s how you can tell them apart.

Moles are in the same family as shrews and bats and are recognizable due to their long noses and small size. Unlike voles, moles don’t eat plants and prefer to gorge on insects. They’re especially adept at digging and have front feet that are shaped like paddles to make the process easier. Because they spend so much time in their underground tunnels, moles are almost entirely blind and don’t rely at all on their eyesight. Instead, they detect dark versus light and rely heavily on their other senses for survival.

Voles are rodents and look much more like mice than moles do. They have small ears and short tails. As we mentioned above, voles feed on a variety of plants and flowers and can be especially destructive to gardens and foliage. They especially love to eat flower bulbs. Voles typically prefer grassy areas that help protect them from predators like cats, owls, foxes, and snakes. If you have a cat at home, giving it protected access to your yard to hunt the voles can sometimes help to mitigate the problem.

Moles and voles are associated together as they’re both pests that wreak havoc on yards and gardens. Otherwise, the two don’t have very much in common. See the descriptions above for a better idea of the habits of each animal. 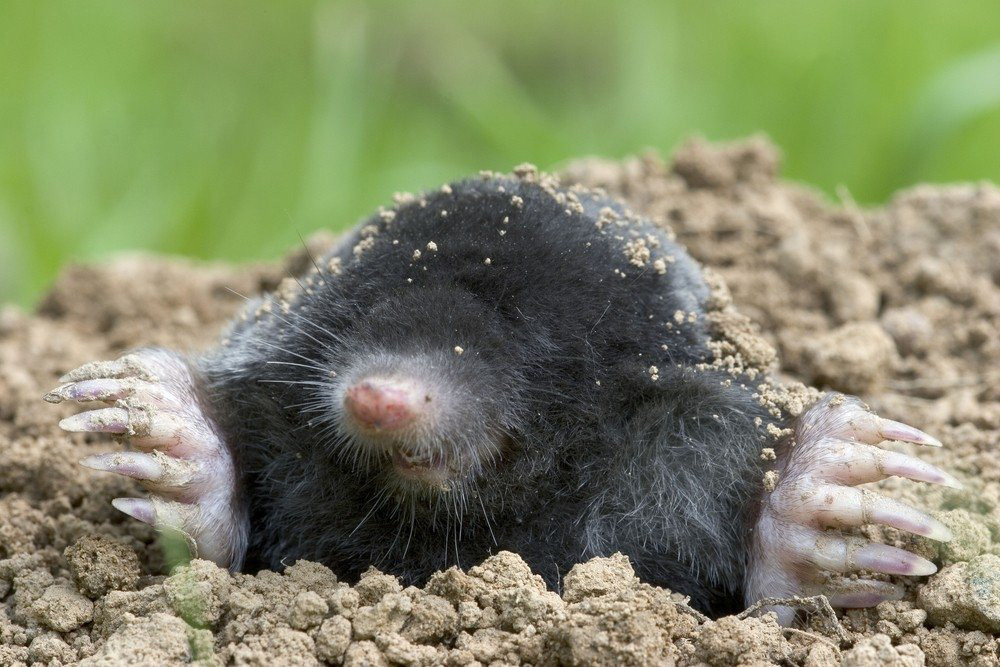 Both moles and voles can be destructive to yards and gardens. Moles are more likely to lead to large-scale damage due to their extensive digging and holes. If you have holes and strange, raised tunnels throughout your yard, you’re likely dealing with a mole. Voles, on the other hand, are more likely to eat vegetation in your garden and disrupt the plants in your yard. Here is a great resource to learn more about vole damage at pestwildlife.org 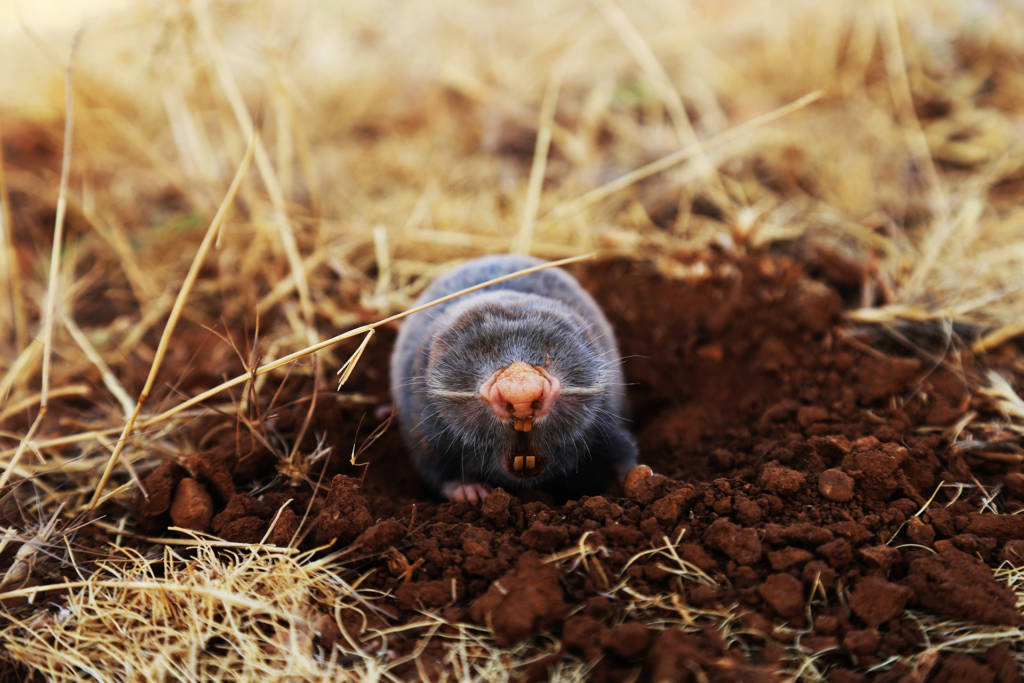 We’ll begin our removal process with a thorough inspection of your space to identify the scope of the problem and whether we’re dealing with moles, voles, or both. Moles and voles can be especially challenging to get rid of, and we’ll assess each unique situation to decide whether the best course of action involves traps, natural or chemical deterrents, or something else altogether. At Gray Brothers Wildlife LLC, we’ll work with you to create a plan that works for your space. 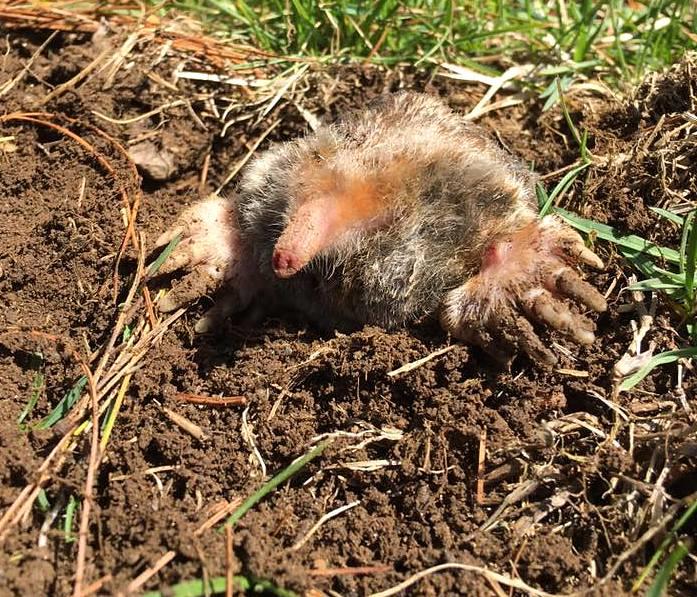 Rest assured that our entire process is designed to be both effective and humane for the animal involved. Our state-of-the-art technology, including drones, field cameras, borescopes, and thermal imaging allows us to gain a more thorough understanding of the problem before we begin, helping to ensure success and a smooth process for everyone involved. From start to finish, we carefully follow all applicable laws and regulations that govern the mole and/or vole removal.

How to keep moles and voles out of your garden?

Moles and voles are considered garden pests. They are vertebrate mammals that can become a real nightmare.

To understand the seriousness of the matter, you have to know that they not only wipe out plants in orchards and gardens, but they also dig holes and burrows, moving around in places we commonly use and can transmit diseases.

What kind of animals are they?

They are small subterranean animals that dig tunnels under the ground (burrows) to reach the roots of plants, as well as root vegetables and tubers. But what is the difference between moles and garden mice?

They are capable of digging burrows up to one meter deep, preferring damp but not waterlogged areas, as they are easier to dig. These are small insectivorous animals, which do not cause direct damage to garden plants or vegetables. However, they do cause damage due to the burrows they dig.

They are known to consume numerous insects and larvae, but they are also the major predators of earthworms, which make up a great contribution to crops and garden soils. However, they like to stay close to shrubs and weeds, as this makes them easier to find shelter from predators.

These rodents feed on all types of plants, especially roots, and occasionally on insects or larvae. They produce more damage than moles can produce.

This species is related to mice and rats, they resemble each other, but with different characteristics: shorter tail, smaller ears, and a more elongated snout.

Like moles, they are nocturnal animals. They are, however, a little more daring when they come out of holes to eat vegetables. They reproduce very quickly, so in one year they can have up to five litters, making it difficult to control their proliferation.

How can these pests be eliminated?

The best thing to do is to identify the type of pest in order to know exactly which method will be most effective. The most important thing is to use a method that does not affect human life or domestic animals. Therefore, calling pest control specialists sounds like a good start.

Other methods that can help are mole traps, or pest repellent plants, such as imperial crown and blackberry, which prevent them from approaching the gardens. Castor oil, cayenne powder mixed with other products such as common dish soap, garlic, and vegetable oil end up repelling this pest naturally.

The use of windmills and plastic bottles is also effective since this pest is highly sensitive to the vibrations and noises they produce when in contact with the wind and will surely flee. 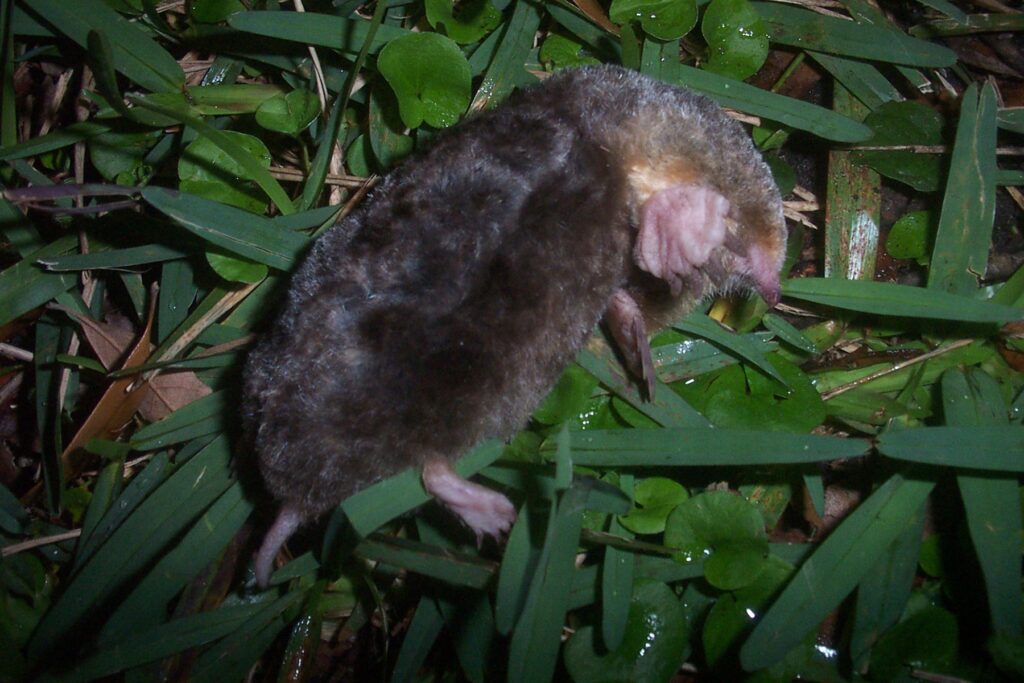 How to Trap Moles and Voles

Moles and voles may sound like similar animals, but they really are not. Actually, these animals have very little in common, the major similarity is that they are both small animals who are capable of causing tremendous damage to lawns and gardens. If you are having trouble with a mysterious pest digging up holes in your lawn or eating up plants in your garden, the culprit may either be a mole or vole, or both.

Voles are rodents and similar to regular house mice, but they live outdoors. Voles are adept at digging, and the first sign of voles is usually holes in the ground. These rodents have a taste for underground plants like bulbs, tubers like potatoes, they also enjoy a variety of vegetables and grains. The average lifespan of a vole is only three to six months, but this doesn’t stop them from eating as many plants as they can find within their short lifespan.

Similar to regular rats and mice, voles also reproduce very fast. They can reproduce up to 10 in a single year, with 5 or more offspring per litter.  Voles congregate in untidy gardens, farmlands, and deserted fields, where they can easily obtain their vegetarian diet of plant-based foods. If there are high layers of mulch in your garden, a vole colony will seriously damage your landscape and gardens.

The mole is another frustrating animal to deal with. They are great diggers too, but unlike the vegetarian voles, moles are carnivores and feed on insects, worms, and grubs. They especially have a taste for earthworms. The presence of moles on your property is bad news for your lawn and garden. Nothing irritates a gardener or the owner of a beautiful lawn more than seeing molehills pop up all over the place.

You can tell if you have a mole or vole by the type of damage they cause. Since voles are vegetarians, the damages they cause are mostly on plants and vegetation. But voles will also dig up holes and leave tunnels around your garden or lawn. Moles won’t eat your plants, but the underground tunnels they create when hunting for grubs and worms will expose the roots of your plants, leaving them to wither and die. These two small creatures are every gardener’s enemy. But the big question is; how do you get rid of them? Well, since they are two distinct animals with different habits and lifestyles, the techniques to successfully trap them are different.

One of the most effective methods for removing moles is trapping and relocation. Mole traps come in a variety of shapes and sizes, including harpoon, choker, and scissor-jaw. Traps are most successful in the fall and winter months, and they should be set over an active tunnel. You can use worms to lure the mole into the trap. Unlike voles who live in families, moles are solitary animals and always forage alone.

Voles prefer concealment and never like to forage in the open, so the most effective strategy to control them is habitat modification. Getting rid of weeds, dense mulch, or vegetation cover will help them get rid of their food source and remove their shelter from predators. This will make your property unattractive to them, and they will be forced to look elsewhere for food and shelter. You can also install a fence around your garden or property to prevent these animals from coming in. The fence should be at least 12 inches into the ground to ensure that both moles and voles are unable to dig their way in.

If you have been dealing with moles and voles long enough with no sign of relief, maybe it’s time to bring in the professionals. Call us for professional help, and we will help you get rid of the pesky pests that are ruining your landscape. 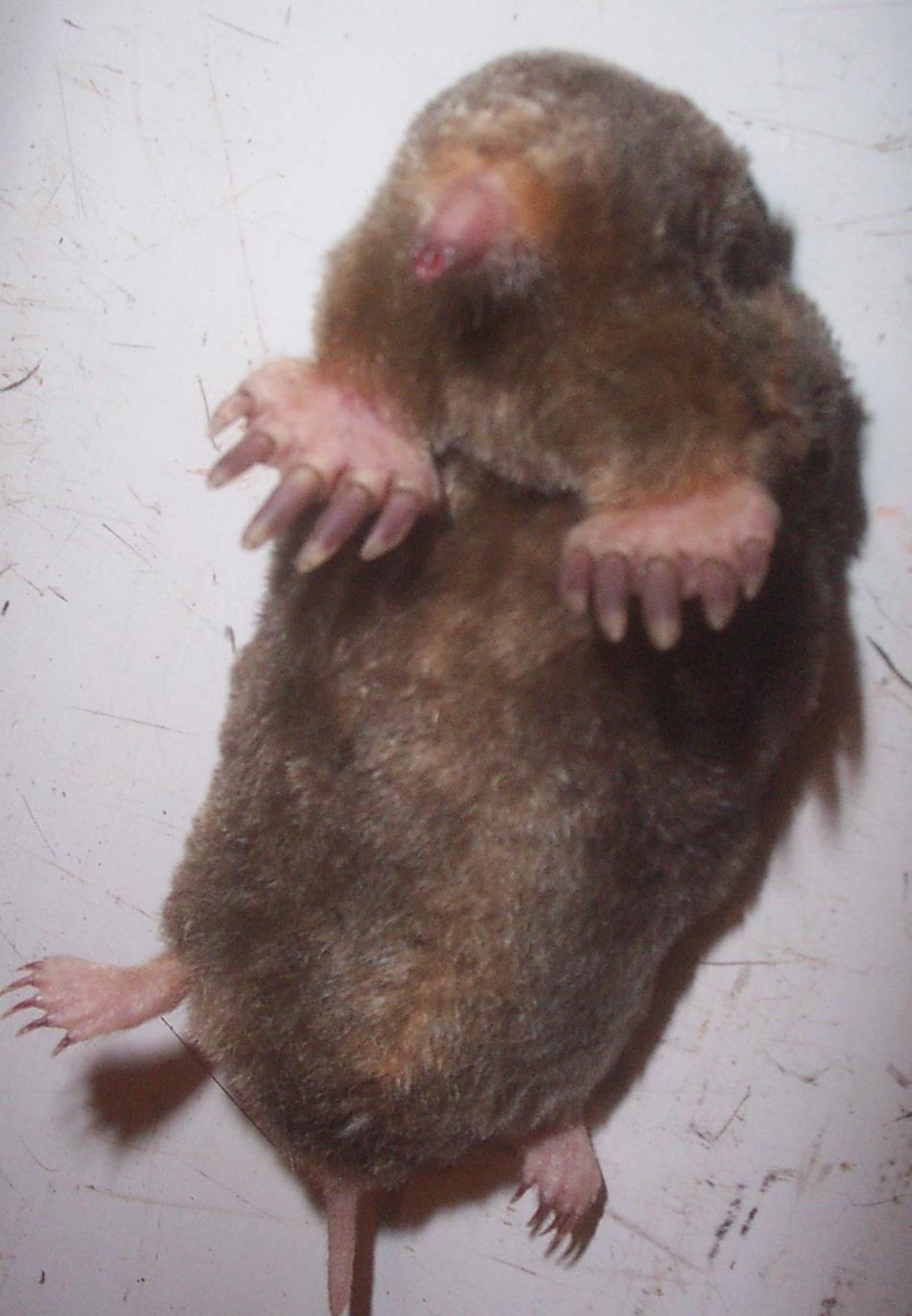