You may be familiar with the occasional raccoon raiding your trash can or locking eyes with you across a park at night. However, raccoons are one of the most common offenders when it comes to invading residential and commercial spaces. Why? They demonstrate a unique combination of intelligence and comfort around humans, making it easy and natural for them to enter your home or space around it.

The longer raccoons inhabit your space, the more likely they are to leave lasting damage to your space, including damage to ducts, insulation, and/or electrical wiring. So, if you suspect there may be a raccoon on the loose in your building, bring in the Gray Brothers Wildlife LLC team right away to begin the removal effort. We serve communities across the state of Connecticut, and we’d love to hear from you.

Raccoons are found in many areas across North America, Central America, Europe, and parts of Asia. They’re not particularly sensitive to their climate or habitat needs, making it easier to inhabit a wide variety of areas. 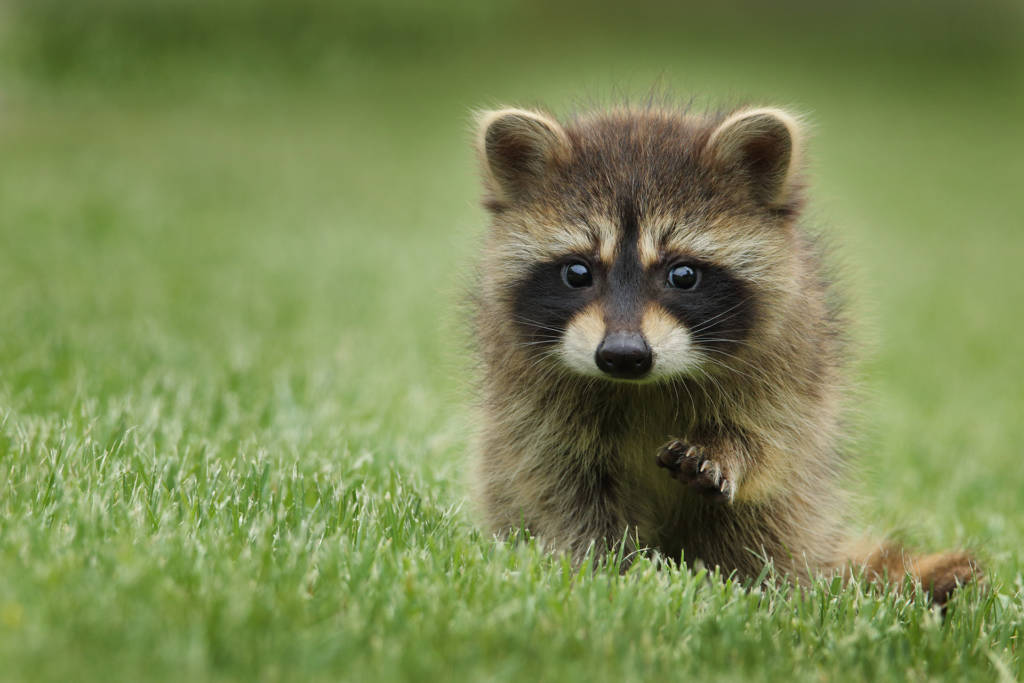 Raccoons typically weigh anywhere from four pounds to 23 pounds. During the winter, they may lose much of this weight (up to 50 percent) as they burn off fat stores. While raccoons don’t hibernate in the traditional sense, they do go into a state of torpor and appear to “sleep” off many days or weeks at a time during the winter months. In the summer, baby raccoons (called kits or cubs) are usually born.

Raccoons are considered nocturnal, although they can sometimes remain active during daytime hours. Here is a great source to learn more about raccoons outside in the daytime at raccoonatticguide.com. Raccoons can often be found at night scavenging for both vegetarian and meat. Urban raccoons will also search trash cans and dumpsters for food sources.

When raccoons enter residential spaces, they most often take up residence in internal areas like attics, crawl spaces, and chimneys. These areas are all well-protected from any predators and often allow raccoons access to food sources through your trash or any bird nests or fruit trees around your home. In Connecticut especially, raccoons will often target bluebird nests along with herons and egrets.

Due to their intelligence and dexterity, raccoons have been known to unlock and open doors and unlatch windows to gain entry into your space. They’re also excellent climbers, which sometimes allows them access to elevated spaces in or around your home.

While raccoons are often unafraid of humans they might encounter throughout their stay, raccoons do pose a significant potential threat to both humans and pets in the home. Raccoons are often carriers of rabies (in fact, they’re one of the primary rabies carriers in the US) and another disease by the name of raccoon roundworm, which can both be deadly to humans and other animals.

Raccoons can also turn hostile when they’re trapped or otherwise threatened. Leave the removal process to professionals to protect your own safety and the safety of any other family members or pets in your home. 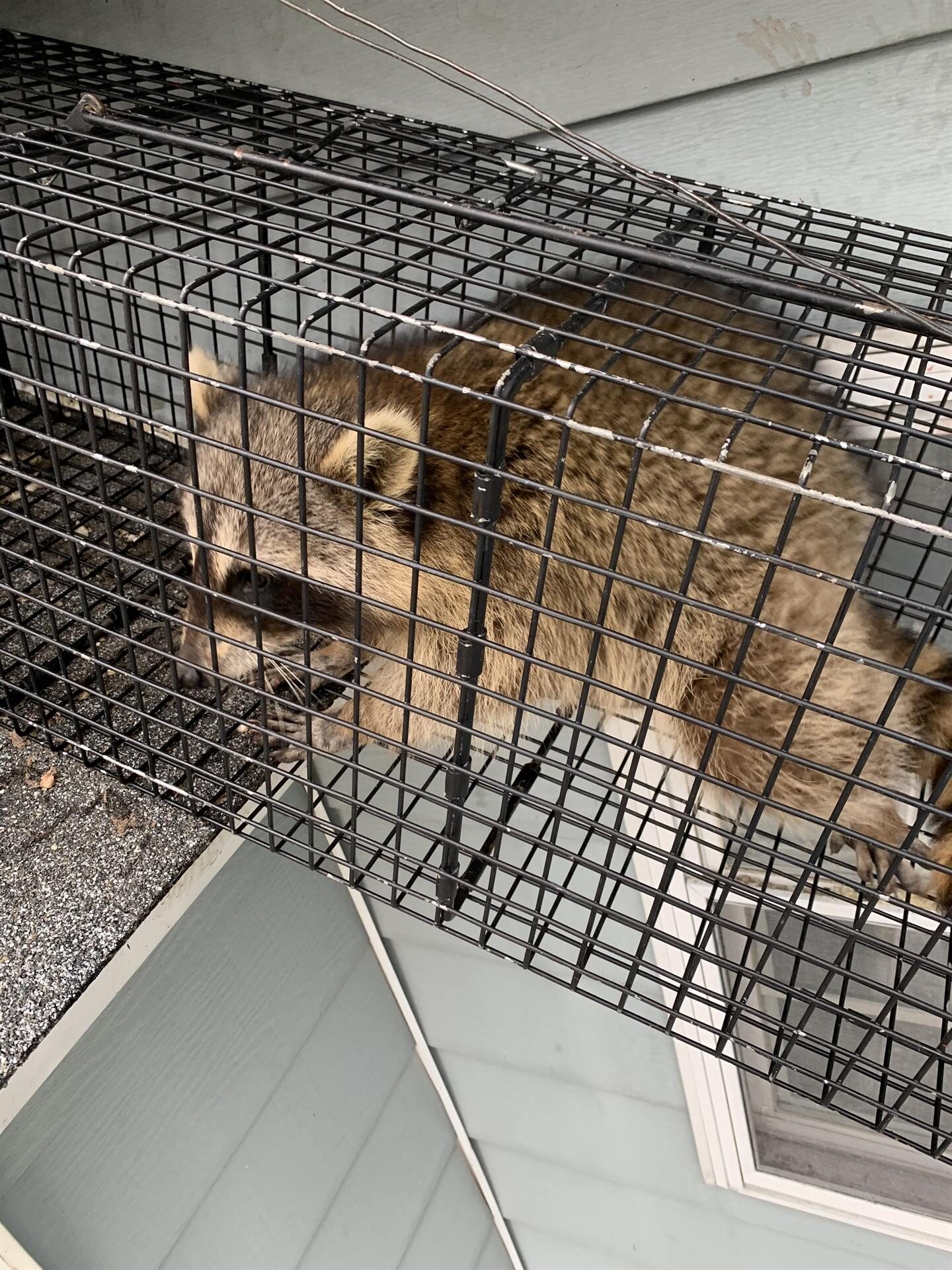 The longer a raccoon (or nest of raccoons) spends in your home, the more damage may be caused. Common examples of raccoon-inflicted damage include torn attic insulation, damaged electrical wires, scratched wood or carpet, damaged ducts or vents, and contamination by urine and scat. These issues only get worse over time, and the contamination from urine and scat can spread disease and destroy materials like wood and carpet.

If you’re noticing damage in your own home that sounds like it may be raccoon-related, let our team know right away. We’ll conduct an inspection as quickly as possible to assess the situation and mitigate the problem before any more damage can occur.

We’ll begin our removal process with a thorough inspection of your home (or commercial building) and the surrounding area. Our goal is to identify all potential entry points so that we can later seal them off. Thankfully, finding entrances for raccoons is simpler than it is for other animals due to the size of the opening required for raccoons to pass. Since raccoons are larger than many other pests, any openings need to be large enough to accommodate their size.

Once we’ve located all of the potential entry points, we’ll either trap and remove the raccoons or seal off all but one entry point to force the raccoons out. We’ll also make sure to remove any baby raccoons or food sources that may be lingering in your space to improve the odds of success long-term. If there were any dead raccoons left behind, we’ll take care of that removal process as well.

Our final step will be cleanup, including removing any raccoon droppings that may be left in your space. This step is important to prevent any contaminants from spreading disease.

Rest assured that our entire process is designed to be both effective and humane for the animal involved. Our state-of-the-art technology, including drones, field cameras, borescopes, and thermal imaging allows us to gain a more thorough understanding of the problem before we begin, helping to ensure success and a smooth process for everyone involved. From start to finish, we carefully follow all applicable laws and regulations that govern the raccoons’ removal. 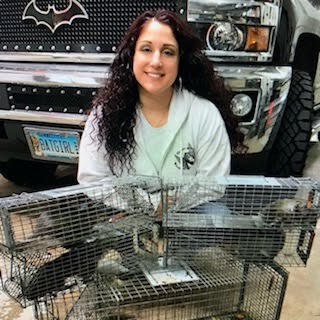 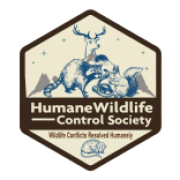