While most snakes in the United States are harmless, most homeowners feel more comfortable when snakes are removed from the property. We understand! Our team at Gray Brothers Wildlife LLC is happy to accommodate these requests, and our previous snake removals include black rat snakes and ring-necked snakes across Connecticut. Give us a call if you’re concerned about a snake in or around your space. 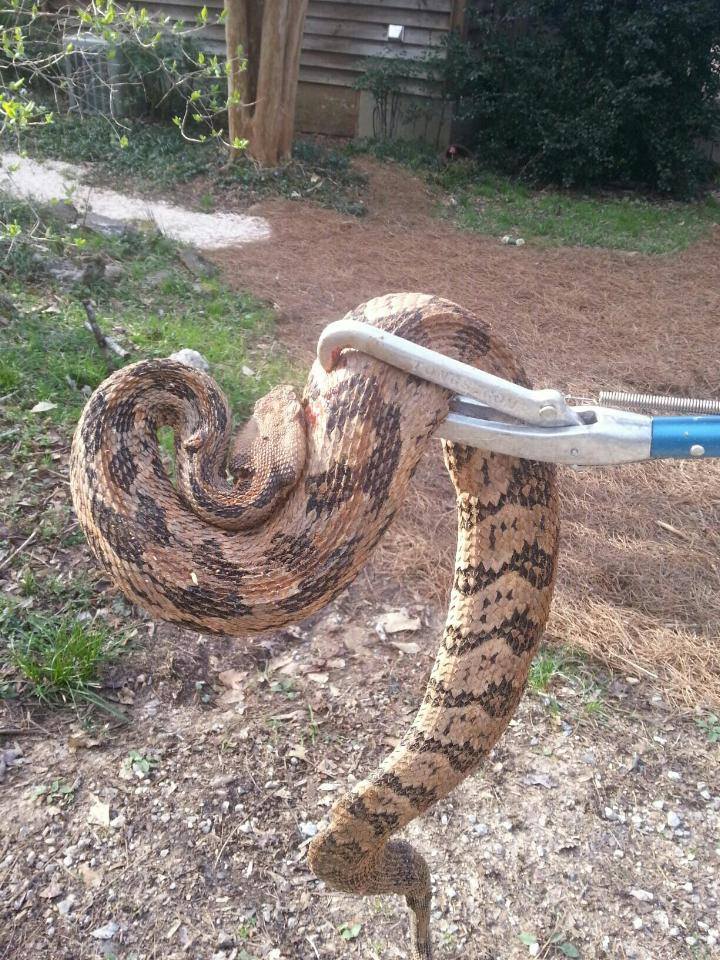 Although snakes are among the most unpopular species, they play an important role in many areas by controlling the population of other pests. When they eat mice and other small rodents, they keep those same rodents from invading your home and from overpopulating any particular area.

Snakes hibernate during the winter. For this reason, most snake sightings occur in mid-to-late spring. You may be more likely to encounter snakes if your property contains a lot of vegetation or is surrounded by trees or other foliage. The more spaces you have for a snake to hide or nest long-term, the more likely you are to regularly encounter snakes.

When it comes to physical damage to your home or yard, snakes aren’t very destructive. The more common issue is fear and a potential safety threat for the people and pets living in the home. Some damage is possible if there’s a large snake nest containing multiple snakes, but this is rare in residential spaces.

While most snakes in Connecticut are harmless, we understand the desire to remove the snake for your peace of mind. Give us a call if you’re concerned about a snake problem in your area.

We’ll begin our removal process with a thorough inspection of your home (or commercial building) and the surrounding area. During this initial inspection, we’ll also be looking to identify which species of snake we’re dealing with so we know how to proceed—venomous snakes will require more caution than nonvenomous varieties. 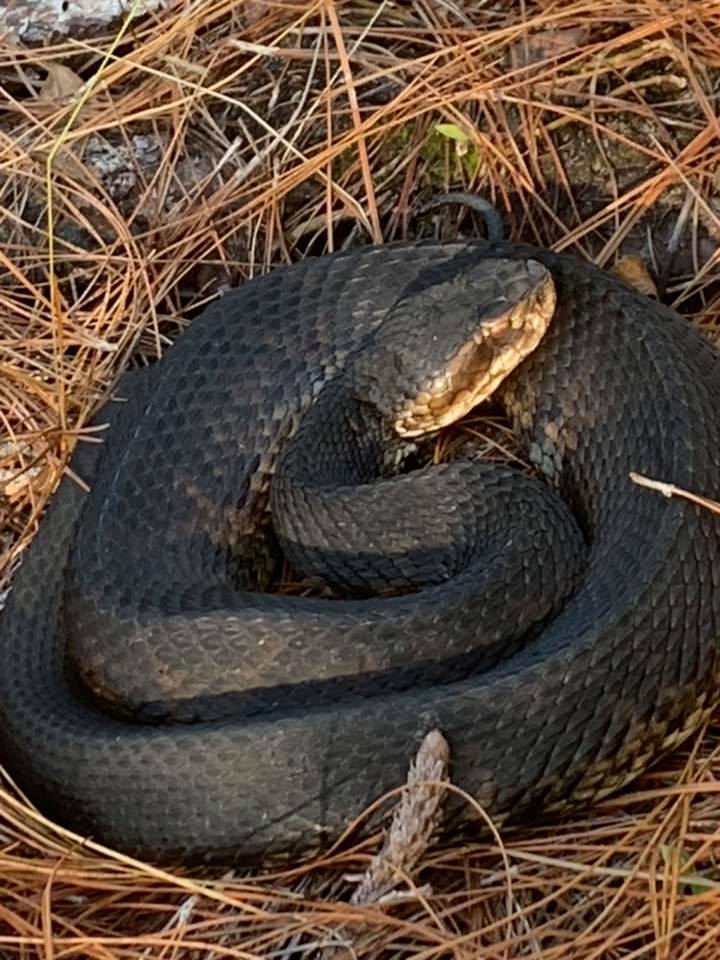 In most cases, we’ll be able to simply grab and remove the snake with special tools and a snake bag for transport. If the snake is residing inside your home, we’ll also assess how the snake got in the first place and take steps to ensure that snakes won’t be able to enter in the future.

If we’re unable to find the snake when we arrive, we may occasionally set up a trap that we’d then return to remove when the snake has been captured. This sometimes happens if the snake is hiding or if it’s outside your property and has moved since you last saw it. Visit at snakerid.com to learn how to make a snake trap.

Rest assured that our entire process is designed to be both effective and humane for the animal involved. Our state-of-the-art technology, including drones, field cameras, borescopes, and thermal imaging allows us to gain a more thorough understanding of the problem before we begin, helping to ensure success and a smooth process for everyone involved. From start to finish, we carefully follow all applicable laws and regulations that govern the snake’s removal. 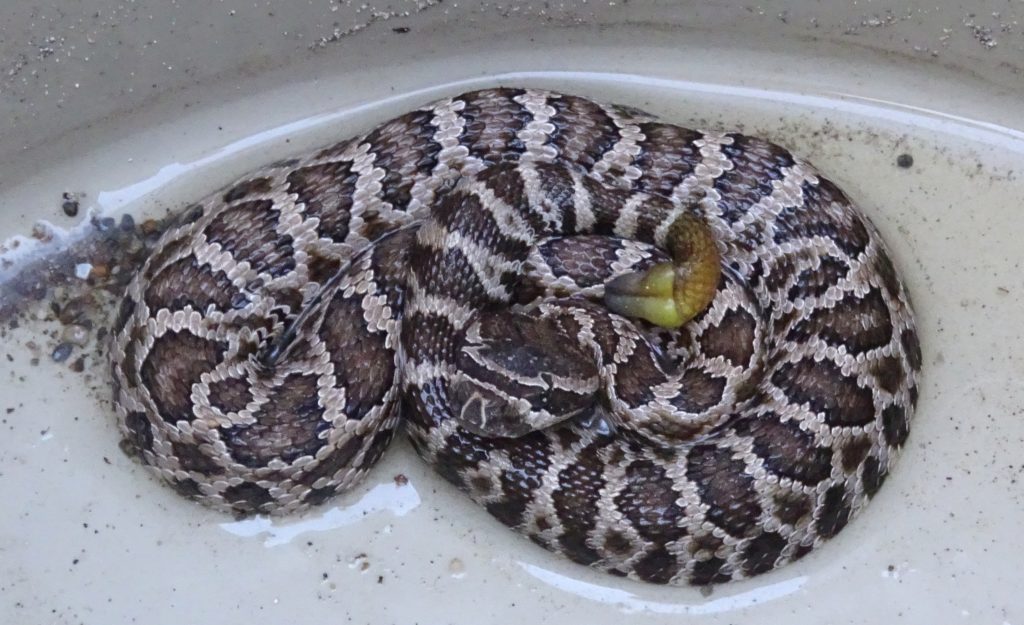 How to Trap a Snake

Snakes are among the most common household concerns across the United States, with over 50 different species of snake in North America alone. Now, homeowners are worried about this, and with good reason, since some of those are venomous, and so can pose a serious threat to you, your family, and your pets.

In this article, Gray Brothers Wildlife shows you how to trap a snake on your property.

There are certain signs like coloring, banding style, head shape, and so on, that can alert you to the particular species of snake you’ve encountered, and also tell you if it’s venomous or not. This is why it’s always a good idea to read up on the species of snake common to your area.

Still, unless you’re a snake expert, you should avoid interacting with the snake yourself. Even if it’s a nonvenomous snake, its bite can be painful, and expose you to various grave illnesses. So when you’re dealing with a snake, the best thing you can do is call a professional wildlife removal company to deal with the problem for you.

Whether indoors or in your yard, you’ll want to put a safe distance between you and the snake. Keep your children and pets away, on the other side of the door from wherever the snake is.

If you’ve decided to attempt trapping the snake yourself, make sure you’re wearing adequate protection. This means putting on rubber gloves and wearing long sleeves, to protect your arms and legs from any potential snake bites. On your feet, we urge that you wear thick rubber boots since your legs and ankles in particular are the most exposed region of your body. Always keep a safe distance from the snake, and try to be as non-aggressive as possible. Many snakes are less aggressive than people give them credit for, but they will attack if they feel threatened or cornered, so try not to give them that impression.

Use a live trap.

There are numerous ways to catch a bothersome snake, but easily the best (and most humane) option is live trapping. Place the live trap along the snake’s natural path, or near its nest, and make sure to check on it often, so as not to leave the poor creature trapped for hours on end without nourishment.

Release the snake in a safe area.

When you employ live trapping, the next step is to transport the animal to a safe location and release it. Take good care when opening the cage, and move away slowly, so as to allow the snake space and confidence to leave its cage. Make sure you don’t release it in another urban area, where it could easily create a problem for somebody else.

Once that’s done, focus on prevention.

Once you get back home, you’ll want to focus on preventive methods, such as fencing and cutting down attraction points. You’ll also want to identify the snake’s entry point and seal it with wire mesh (since that’s difficult to chew or gnaw through, for other animals).

If you’re unsure what to do, you could always call a professional wildlife removal company, like Gray Brothers Wildlife, to advise you on the necessary steps to ensure you don’t have similar problems in the future. Remember that prevention is at least as important as the snake removal process itself, otherwise, you’ll just run into the same problem in a few weeks. If snakes are a recurrent problem on your property, again, ask a professional wildlife removal company to carry out an inspection and figure out what the problem is. 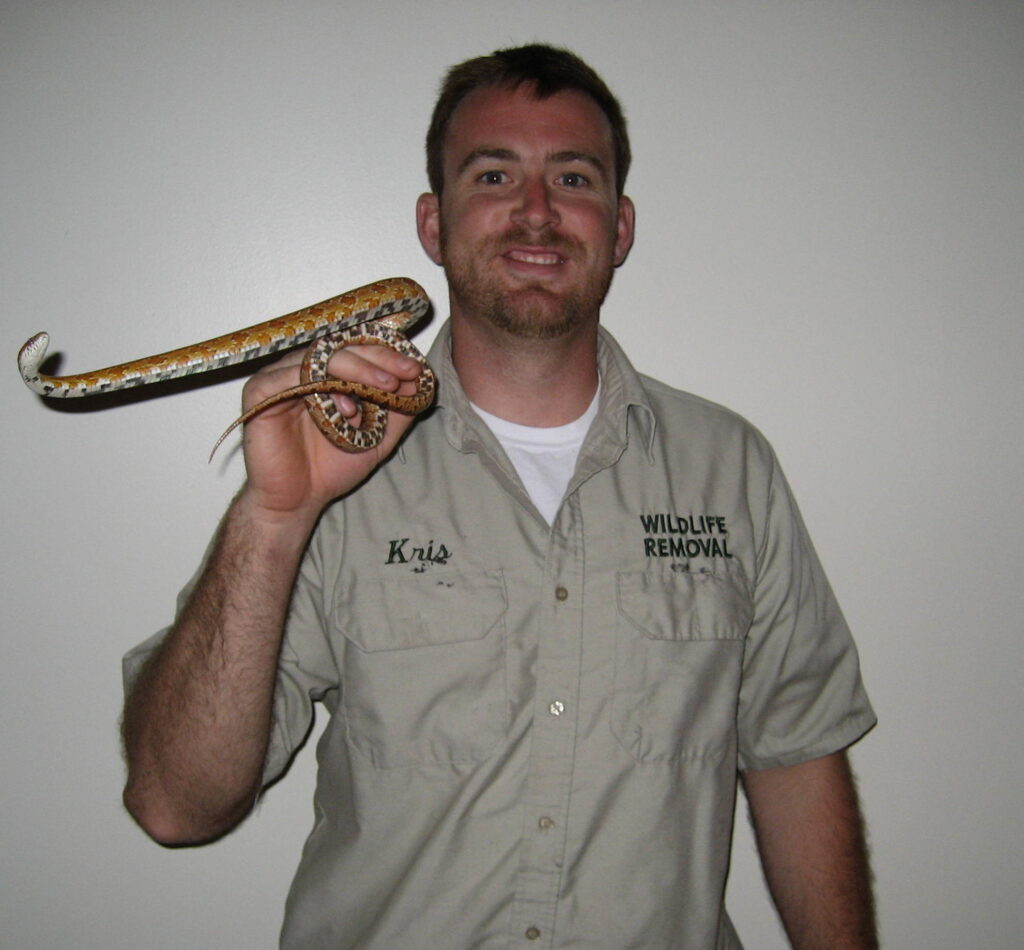 How to get snakes out of the attic?

Snakes are common animals in any part of the world. If you own a house with a garden or many plants, it is very likely that at any time you may encounter one. In their natural habitat, snakes are essential to maintain a balanced ecosystem. However, if one of them appears in your house, it could represent a hazard for both you and your family.

If you find a snake in your attic, there are several ways you can remove it. Of course, you must make sure that it is not poisonous. In case it is, or you are just not sure, the best thing to do is to call a professional.

These are some of these methods you can use to get snakes out of your attic.

We hope they can be of great help.

5 ways to get a snake out of your attic

If you think the snake is venomous, or you simply don’t want to deal with it, immediately contact an animal control center or a person who specializes in dealing with wild animals, who will catch the snake and take it away.

While specialized help arrives, try to keep the snake confined indoors. That is, if you see it in the attic, close the door and seal it with a towel underneath it to prevent the reptile from escaping.

If you give it enough time and opportunity to do so, the snake will leave the house on its own.

Unlike other methods, this is usually the simplest and least aggressive. Other methods could affect the snake and make it hide in a place difficult to access.

If you have made the decision to get rid of the snake on your own, you can do it in a fairly simple way. First, place a large enough trash can on its side in the room where the snake is located, then, with a broom, push it into the trash can.

Once the snake is inside the can, carefully turn it upside down and place a lid on it. Once it is safely trapped, go to a place far enough from the house and release it.

Then, you will have to remove the lid very carefully and wait a little while for the snake to come out. It is recommended to do it with the help of a third party, since this way the release process will be much more effective.

Another way to get rid of snakes that may be living in your house attic is to place traps on the walls of the room. The snake will head for them and will be trapped immediately. Once the snake is already inside the trap, you can either seek the help of a professional to release it or do it on your own.

In case the snake is not venomous, you can pick it up with your own hands. You just need to have thick enough gloves to ensure greater protection.

Once you are ready, start by placing a stick under the snake’s head and lift the back of its body with your other hand. Another way to lift it is to hold it behind its head and lift it very firmly.

Very important: before performing any of the above methods, make sure that the snake is not poisonous.

If you are not sure, it is recommended that you do not approach the snake for any reason, wait for the help of a professional. He will catch it and release it in a suitable place. 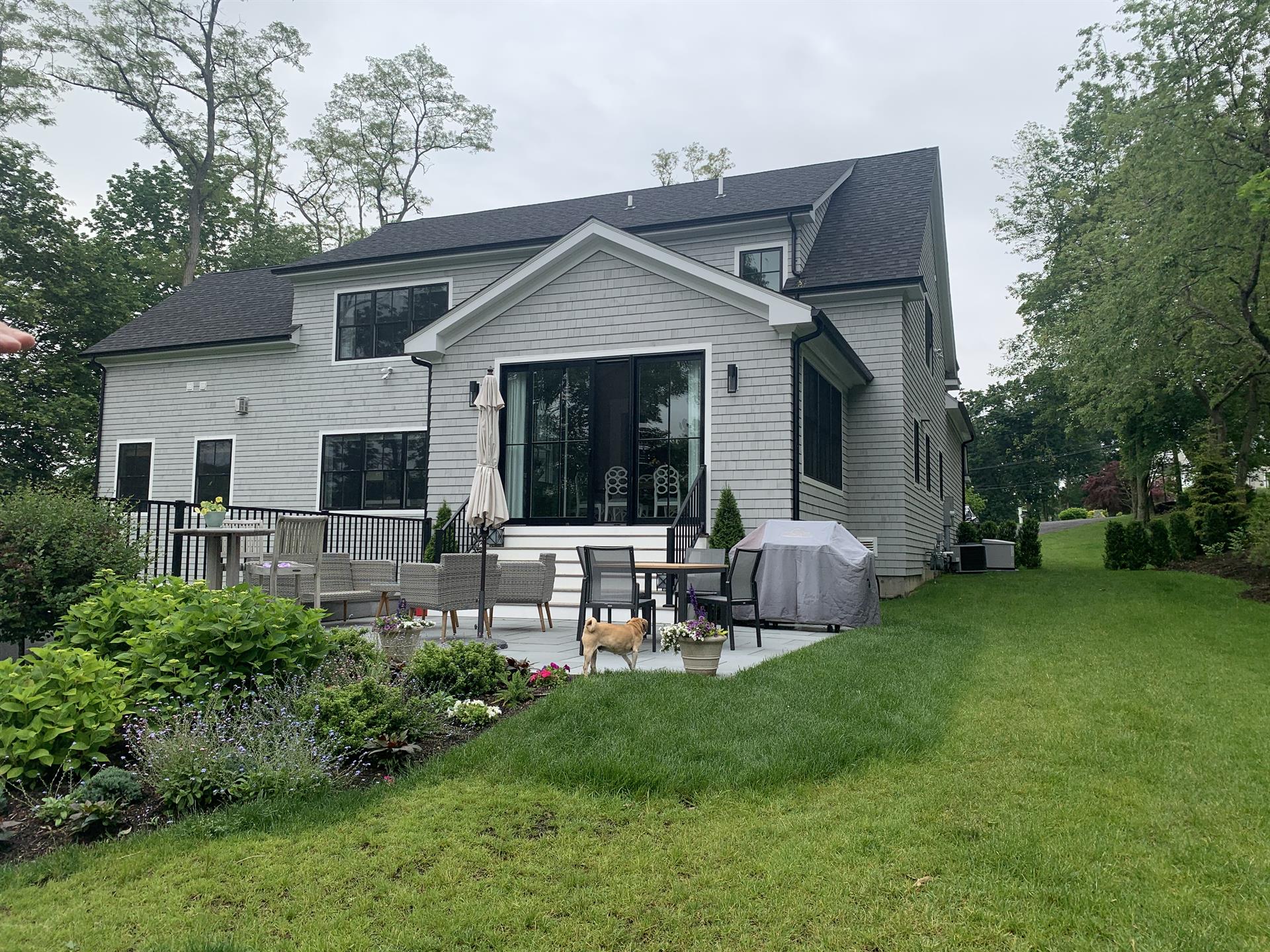